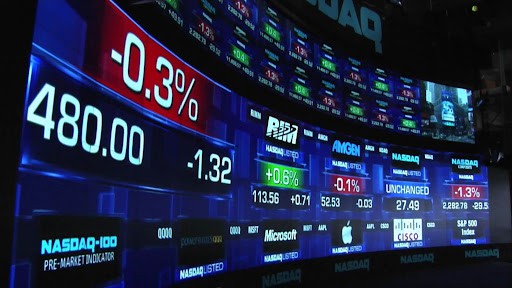 “The Bank of England’s Chief Economist, Huw Pill, said the BoE could not consider the threats posed by inflation to be under control but the British economy was going into a recession, complicating the outlook for the BoE. On the currency front, sterling recoupled some of its losses from last week, while the positive tone to investor sentiment weighed on the dollar, causing the greenback to lose ground against major peers including the euro and yen.”

Tens of millions of Americans will flock to the polls on Tuesday to vote in midterm elections that will determine control of Congress and potentially reshape Joe Biden’s presidency after nearly two years in office. According to the final polling averages, Republicans are expected to win enough seats in the House of Representatives to regain control of the lower chamber of Congress, which they will use to stymie Biden’s agenda and launch investigations into his administration. But the balance of power in the Senate will depend on the outcome of a handful of races, particularly in Pennsylvania, Nevada, and Georgia, that were neck-and-neck heading into the last stretch of the campaign.

The UK and France are in the “final stage” of reaching an agreement to tackle the issue of small boats crossing the English Channel, Rishi Sunak said yesterday. Almost 40,000 people have crossed the Channel in 2022 so far, a rise from 28,526 last year. Handling of the crossings and their impact on the UK immigration system has led to significant domestic pressure for the past three prime ministers. Sunak, who met French president Emmanuel Macron for the first time at the COP27 summit in Egypt, struck an upbeat tone about tackling the surge in boat crossings and suggested an agreement may soon be reached between the two countries.

US stock-index futures fell with European equities amid growing nervousness before Tuesday’s midterm elections and Thursday’s inflation print. Fading hopes for a more lenient Covid policy in China added to the lacklustre sentiment. Futures on the S&P 500 and Nasdaq 100 indexes dropped at least 0.2% each after US stocks posted a second-day rally on Monday. The Stoxx Europe 600 Index declined from an eight-week high. Treasuries and gold traded lower. The dollar rebounded after a two-day slide. Bulls have charged back into equity markets over the past two days amid expectations the midterm results could herald a near-term rally.

Sterling is weaker than most major currencies in the early morning trade. A plan by ministers to review or repeal all EU laws on the UK statute book by the end of 2023 has suffered another setback after the discovery of 1,400 additional pieces of legislation. Soaring energy bills are pushing UK businesses to ditch office space to save money. The Bank of England is pushing lenders to do more to prevent a repeat of the pension funds crisis in September, unleashed after Kwasi Kwarteng unveiled his tax-cutting “mini” Budget. The UK’s rail infrastructure owner, train operators and unions will this week enter “intensive” talks aimed at ending months of network disruption.

Euro is stronger against sterling and weaker against the dollar this morning. European commissioner for economy Paolo Gentiloni has warned that the European economy is slowing down. The commissioner said that a contraction is predicted at least for the winter months due to the energy crisis and high inflation. European natural gas declined as mild weather keeps a lid on heating demand, easing the impact of a historic energy crisis that’s already pushed consumer bills to record levels. Germany’s economy ministry has recommended to the cabinet that the government block the Chinese takeover of Elmos’ chip factory, saying it would pose a threat to national security.

The dollar is well bid against most major currencies overnight. The US Treasury and State Departments have quietly urged large banks, including JPMorgan and Citigroup, to keep doing business with some strategic Russian firms. The Biden administration is looking to strike a balance between hindering Russia’s invasion of Ukraine and avoiding adverse impacts of sanctions designed to punish Russia for the war. Eurowind Energy and Capstone Infrastructure Corporation have set up a US renewables joint venture targeting a 1GW pipeline. The new company is developing more than 1GW of new renewable energy projects in California, consisting of battery storage, wind and solar.

Today’s Interbank Rates at 09:44 am against sterling movement.

This document has been prepared solely for information and is not intended as an Inducement concerning the purchase or sale of any financial instrument. By its nature market analysis represents the personal view of the author and no warranty can be, or is, offered as to the accuracy of any such analysis, or that predictions provided in any such analysis will prove to be correct. Should you rely on any analysis, information or report provided as part of the Service it does so entirely at its own risk, and Frank eXchange Limited/Manor House Foreign eXchange Limited accepts no responsibility or liability for any loss or damage you may suffer as a result. Information and opinions have been obtained from sources believed to be reliable, but no representation is made as to their accuracy. No copy of this document can be taken without prior written permission.

Looking for a business opportunity? Request for a call today!

Say hello on social media, we love to talk business, so don’t be afraid to ask us anything.