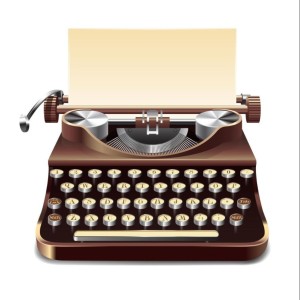 GBP
Sterling is lower against the dollar and the euro overnight. Boris Johnson sought to appease a frustrated House of Commons as he revealed 311 Afghans who had supported the U.K. remained in Afghanistan. The prime minister claimed that every effort was being made to evacuate those remaining in Afghanistan. The U.K. will launch a fresh push to convince G7 partners to bolster online privacy by cracking down on internet tracking via cookies. Elizabeth Denham, the UK’s data protection watchdog will lobby for a less intrusive alternative system in which people set their privacy preferences a single time. The U.K.’s economic recovery will withstand an autumn rise in new cases, citing economists and epidemiologists.

EUR
The euro is higher against sterling but lower against the dollar in early morning trade. Germany’s Ambassador to China dies only days after their appointment. The exact cause and time of Jan Hecker’s death remains unclear, according to the Germany Foreign Ministry. Heck, formerly Angela Merkel’s diplomatic and security adviser had only been in his post in Beijing for two weeks. Two key Belarusian opposition figures, Maria Kolsenikova and Maksim Znak, were sentenced Monday to long prison terms after being convicted of attempting to seize power illegally, according to a state prosecutor. Kolesnikova was handed an 11-year jail term while Znak was sentenced to 10 years. Former European commissioner John Dalli will face charges as part of a bribery scandal that resulted in his resignation from the Commission in 2012, appearing in court in Malta again later this month.

USD
The dollar is well-bid against most major currencies overnight. Democrats in the United States moved to expand the social safety net with lawmakers set to begin drafting a $3.5 trillion social policy bill that lawmakers will begin drafting this week, which will be all-encompassing, touching the lives of Americans old and young across the country. President Biden, who has staked much of his domestic legacy on the measure’s enactment, will need the vote of every single Democrat in the Senate, and virtually all Democrats in the House, to secure it. Democratic senators, Joe Manchin of West Virginia and Kyrsten Sinema of Arizona are set to oppose such a costly Social Care Bill, teeing up the legislation to be as controversial as the Affordable Care Act.

Today’s Highlights
• Forex Today: Dollar regains poise amid firmer yields, risk-on mood
• EUR/USD turns lower towards 1.1850 amid upbeat mood, ahead of ZEW
• BOE’s Saunders: We no longer need as much stimulus as previously
• GBPUSD remains pressured towards 1.3800 as US dollar rebounds
(https://frank-exchange.com/)

This document has been prepared solely for information and is not intended as an Inducement concerning the purchase or sale of any financial instrument. By its nature market analysis represents the personal view of the author and no warranty can be, or is, offered as to the accuracy of any such analysis, or that predictions provided in any such analysis will prove to be correct. Should you rely on any analysis, information or report provided as part of the Service it does so entirely at its own risk, and Frank eXchange Limited/Manor House Foreign eXchange Limited accepts no responsibility or liability for any loss or damage you may suffer as a result. Information and opinions have been obtained from sources believed to be reliable, but no representation is made as to their accuracy. No copy of this document can be taken without prior written permission.

Looking for a money transfer service? Request for a call today!

Say hello on social media, we love to talk business, so don’t be afraid to ask us anything.